And the holiday season isn't complete without hearing "Silver and Gold. The mama elf gets things rollicking with "The First Toymaker to the King," and the inspiring "Put One Foot in Front of the Other" is so catchy it will linger in your head for days. That said, it's hard to get past the creepiness of "If You Sit on My Lap Today," with Mickey Rooney promising to give children toys in exchange for a kiss. This seemed innocent in , but feels predatory today. The schedule is filled with an array of lesser-known and often pretty strange works from the Rankin-Bass team.

Rudolph 'nose' how to save Christmas

Keep an eye out for these obscurities. Greer Garson tells the story of the orphan boy who would find himself playing his humble drum at the manger. The racial stereotypes of Middle Easterners are so overdone it's a wonder this hasn't gone the way of "Song of the South. But the real stars are Heat Miser and Snow Miser, effeminate sons of Mother Nature, battling each other over whether or not it will snow in a lazy town in the Deep South. Beware: Their catchy theme songs will linger in your head for days.

A little mouse sends Santa some hate mail, and a whole town gets scratched off the jolly old elf's Christmas list. If you can get past the concept of Santa being a grudge-carrying nincompoop, there's a brisk story about building a magic clock to mend fences and some wonderful songs sung by Joel Grey, all culminating with a visual re-creation of Clement Moore's famous poem.

So it's the red-nosed reindeer who knows a thing or two about being different to the rescue, aided by centuries worth of Father Times, voiced by the unlikely trio of Red Skelton, Frank Gorshin and Morey Amsterdam. This should have been a home run but quickly becomes a bore. Another yarn about big ears, deepening suspicions that one of the Rankin-Bass team had unresolved issues about their physical appearance. 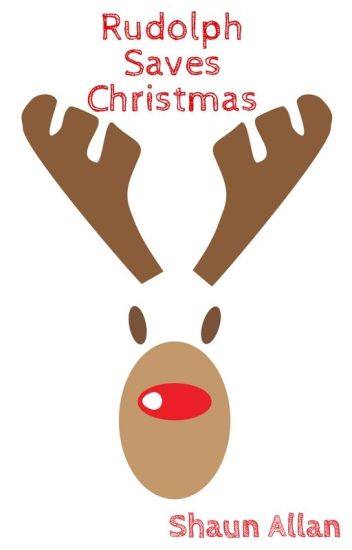 A little donkey hits the road for Bethlehem, aided by a silly cherub voiced by Brenda Vaccaro, an odd casting choice given that her instantly recognizable, smoky voice was used at the time in TV tampon ads. Running two hours, this is the longest of the Rankin-Bass specials, and was created to air in summertime, not December. Ethel Merman! One of the last Rankin-Bass holiday specials also is one of the most bizarre. The action centers not around Christmas, but everybody's second-favorite holiday -- Groundhog Day. Buddy Hackett provides narration as Pardon-Me-Pete, the singing groundhog at the center of festivities.

In pops elfin Jack Frost Robert Morse , in search of his lady love, but destined for rejection. What this has to do with leaves changing colors or Christmas is a mystery. Registration on or use of this site constitutes acceptance of our User Agreement and Privacy Policy. All rights reserved About Us. The material on this site may not be reproduced, distributed, transmitted, cached or otherwise used, except with the prior written permission of Oregon Live LLC.

You must be a registered user to use the IMDb rating plugin. Let's make a snow friend! Best movies about toys coming to life. Learn more More Like This.

So Rudolph has seen a number of edits over the years, with songs being trimmed, songs being cut and whole scenes being eliminated entirely. However, interestingly enough, one of the biggest changes in Rudolph the Red-Nosed Reindeer since its original airing in was an added scene.


You see, the first time around, the Misfit Toys were never actually saved! If you're unfamiliar with the plot of the TV special Rudolph the Red-Nosed Reindeer which was based on a poem written for the department store Montgomery Ward. The strange history of the ownership of the poem is featured in this old legend here , the film revolves around a young reindeer named Rudolph who is the son of one of Santa's famed flying reindeer. Born with a shiny red nose, Rudolph is bullied for being different and eventually he runs away, along with a fellow "misfit," an elf named Hermey who wants to be a dentist rather than make toys.

Some examples of Misfit Toys are a spotted elephant, a train with square wheels on his caboose and a water pistol that squirts jelly. The toys and their ruler, King Moonracer a winged lion , agree to let Rudolph and Hermey stay with them, but only if Rudolph promises to let Santa Claus know about their plight. After a series of adventures, Rudolph is reunited with his family. Santa Claus then promises to help the Misfit Toys.

Then, following a blizzard that threatens Christmas, Rudolph's shiny red nose saves the day and all is well.

However, the Misfit Toys were never actually saved. I presume that that the filmmakers assumed that Santa Claus promising to do so was good enough, as Santa Claus is not one to make empty promises. However, viewers were not so trusting and they complained as viewers were wont to do in the pre-Internet era by sending messages to NBC.